Author basically has been leading half a dozen well renowned business organisations in Nepal. He at his age of juvenile had started his own business venture with 10 BEE-HIVES. Those days, his family businss was going through unbearable loss. He was earnestly willing to support his father, but was ignorant about the ways. He all of a sudden came in contact of Retired Officer of Indian Army and roamed together with him in nearby jungles to learn BEE KEEPING skill from him. The business secrets were started engraving in his tender heart from those days. 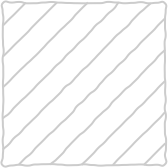 Satarical stories and poems written by him have been published regularly in prominent Newspapes and Magazines in Nepal from last two decades. He regularly writes his critics and articles focusing economic matters in the books published by Government Agencies as well. Concerned authorities even take all his write ups seriously considerable. He as visiting speaker has been addressing students of Collages in Nepal.

Presently, he is devoting his leading role in Relief Society of Commerce and Radha Devi Brij Lal Lath Trust, founded by his father 25 years back. Additionally, he is serving Dhamma Tarai Vipassana Meditation Centre as the Chairman of Trustees. He is playing vibrant role in Federation of Nepalses Chamber of Commerce & Industries, Nepal as the central member there.

At his age of collage student, he secretly had started taking training of Karate- Japanese Marshall Art. Since those days, it was banned in Nepal, he had to secretly travel everyday for Raxaul- the boardering town of India to join the Karate Training in group. In later phase, the bann on Marshall Art was lifted, then he opened his own Acadamy and played several national game in Nepal. He ultimately achieved Black Belt from Shitoryu Karate Association, Singapore, which used to be the most rare and prestigious achievement those days.

Recently, at the age of 50, he decided to complete study of master degree in Value Education & Spirituality (the course introduced by Annamalai University, Madurai). And he joined the class together with his own daughter. The father and daughter attended the class, exam and viva etc togethter. And both completed his study with distinction.

He at present regularly practices Vipasyana meditation at morning and spares some times for writing at evening. He loves to read fiction, nonfiction, autobiography in Nepalese, Hindi and English.

As a novel, Anuradha Bhawan (Nepalese Language) is his first creation, which was publishd by Lipi Prakashan Pvt Ltd, Kathmandu, Nepal and inaugurated by former Prime Minister, Hon’ble Madhaw Kumar Nepal. It was assumed that former Prime Minister wouldn’t give much time or attention to read the book. He surprisingly didn’t read it’s each sentence only, but beatifully described it’s essance in various public programs for many years. He has been publicly recommending, “The youth shouldn’t miss the chance to read this book.”

Anuradha Bhawan in Hindi language was published by Power Publishers, Kolkata, India (a self publishing company). However, it isn’t formally inaugurated yet.